If you don’t believe Cory Booker once drove from New Jersey to Hawaii, you just might be a Climate Change Denier. And of course he hit all 57 states along the way!

According to DHS, rock-throwing illegal aliens are scarier than a killer rabbit.

John Hudak is a lying sack of camel dung. Which is in no way meant as an insult to actual camel dung.

If everybody hates Daylight Saving Time, why do we still have it?

Another day, another imperial decree, this time granting legal status and benefits to thousands of illegal aliens if they’re related to a member of the U.S. military. I’m as pro-military as they come, but it strikes me that if this is such a good idea you’d think Congress would want to go on record as being in favor of it.

Every time someone watches this Cadillac ad a libtard’s head explodes.

In case you were unclear on NJ teen Rachel Canning’s motives for suing her parents, behold her Facebook fan page.

Peek inside Barack Obama’s diary, and then imagine how it would read if we had a Real President.

Meanwhile in Connecticut, we are all felons now.

Finally for today, 20 jokes that only really smart people will understand. 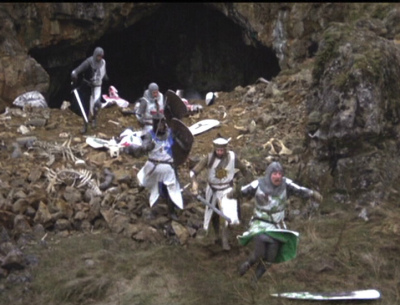 Run Away. It’s official US Border Patrol policy. When faced with a rock-throwing illegal alien, our government says “run away.”

Top administration officials have directed 21,000 border patrol officers to retreat whenever illegal immigrants throw rocks at them, and to avoid getting in front of foreign drug-smugglers’ vehicles as they head north with their drug shipments.

“Agents shall not discharge firearms in response to thrown or hurled projectiles… agents should obtain a tactical advantage in these situations, such as seeking cover or distancing themselves,” said the instructions, issued Mar. 7, under the signature of Michael Fisher, chief of U.S. Border Patrol.

Agents were also directed to keep their weapons holstered when drug smugglers drive by.

Agents can’t use guns against “a moving vehicle merely fleeing from agents,” say the instructions.

The instructions also suggest that officers be penalized if they don’t step back.

Agents would be equipped with short-range tasers and pepper spray, plus medium-range pellet guns, to deter attacks.

Me? I’d use the Holy Hand Grenade of Antioch.

Illegal immigrants can be licensed to practice law in California under one of eight bills expanding immigrant rights that were signed by Governor Jerry Brown on Saturday.

The California Supreme Court, which finalizes requests of applicants to be licensed as a lawyer in California, is now authorized to approve qualified applicants regardless of their immigration status.

Remember when lawyers respected the law? Yeah, me neither.

Well, why not? There’s nothing like free stuff to keep people voting Democrat! So of course your government wants to make signing up for free stuff as easy as possible. Hence, their handy-dandy new pamphlet:

Much to our surprise, there are no regulations that prohibit undocumented immigrants from getting these phones.

In fact, based on our research we assume many undocumented immigrants are already using the free government cell phone program to help land jobs, to keep in touch with doctors and other medical professionals, to stay in touch with their family, and to reach 911 in emergency situations.

And best of all, every time an illegal alien signs up for a Free Government Cell Phone, Mexican billionaire Carlos Slim gets even richer!

Because it might hurt their chances of keeping the state legislature in November.

A bill to allow students living in the country illegally to pay in-state tuition at the state’s public colleges and universities has stalled amid political concerns and technical issues.

The Tuition Equality Act (A4225) was initially included on the list of bills to be voted on by the full Assembly today, after it was approved last week by the budget committee. But on Friday afternoon, it was quietly removed from the agenda.

Assemblyman Gordon Johnson (D-Bergen), the bill’s sponsor, said that was partly because of Democratic members’ concerns about the legislation.

“Sometimes politics overtakes what our Democratic values are – that’s just the way it is,” Johnson said. “I’m a little upset about it but I understand the global picture. If holding off on this bill will better the chances of my colleagues getting back their seats in the Senate and Assembly, I understand that.”

But don’t worry La Raza, they have every intention of ramming this shit sandwich through during the year-end lame-duck session.

Johnson said he will try again to get it through the Legislature in the fall, possibly after the November election.

“Now we’re going to try to get it done when we come back, I guess in lame duck,” he said.

The trickle is now a stampede.

“Once the first group gets across, they call their family, they call their friends and let them know, ‘Hey the time is right, come on over,’” Border Patrol agent and union representative Chris Cabrera told CBS News.

In March, 7,500 illegals were arrested in the Rio Grande Valley of South Texas — which includes McAllen — Cabrera told CBS News. That’s up from 2,800 in January.

Immigration into the United States had been slowing during the recession.

But CBS says hopes of gaining citizenship under new legislation and a rebounding U.S. economy are fueling the fresh migration.

Gee, nobody could have seen that coming, eh? C’mon down! The path to citizenship is now open! Don’t forget to sign up for your Free Stuff and remember to please always vote Democrat!

But Big Sis Janet Incompetano says our border is “secure.” Uh huh, sure it is.

And proponents of the latest scamnesty plan will keep telling you it’s impossible to round up all 11 million illegals and send them home. To which I say, if 11 million citizens suddenly decided to stop paying taxes just how long do you supposed it’d take for Obama’s IRS to find and incarcerate each and every one of them?